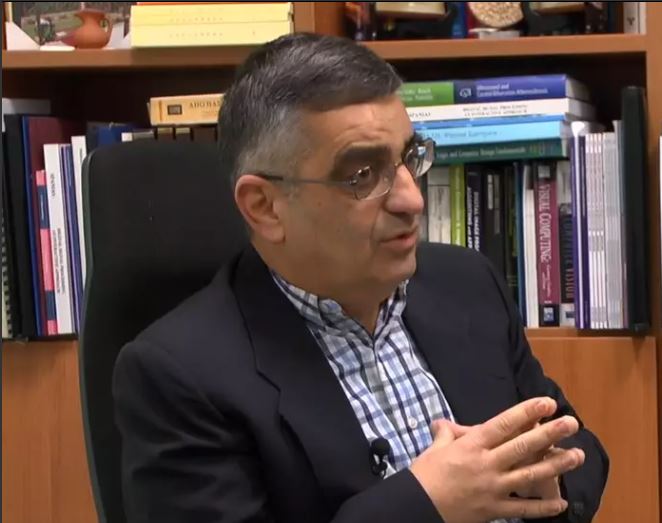 Constantinos S. Pattichis is Professor with the Dep. of Computer Science and Co-Director of the eHealth Lab. He has 30 years of experience in eHealth and connected health, medical imaging, biosignal analysis, intelligent systems and explainable AI, and more recently in mHealth interventions based on X Reality applications. He has been involved in numerous projects in these areas funded by EU and other bodies, with a total funding managed more than 11 million Euro. He is Co-Leader of MRG 7 Smart, Ubiquitous, and Participatory Technologies for Healthcare Innovation in the EU H2020-WIDESPREAD-01-2016-2017-Teaming Phase 2 project “Research Centre on Interactive Media, Smart Systems and Emerging Technologies (RISE)”, and was Co-Principal Investigator of the EU H2020-WIDESPREAD-04-2017-Teaming Phase 1 project “Integrated Precision Medicine Technologies Research Centre of Excellence (IPMT)”. He is also leading the “Deployment of Generic Cross Border eHealth Services in Cyprus”, an EU Innovation and Networks Executive Agency (INEA), Connecting Europe Facility (CEF), funded project where 23 member states participate.  More recently, he was awarded as Co-PI the development and implementation of a highly competitive national integrated project entitled “Integrated National eHealth Ecosystem (eHealth4U)”, that targets to develop the national eHealth infrastructure based on strict adherence to interoperability protocols for the offering of advanced big-data eHealth services. He has published 119 journal publications, 225 conference papers, and 30 chapters in books in these areas (no. of citations more than 8900, h-score 48).  He is Co-Editor of the Handbook of Speckle Filtering and Tracking in Cardiovascular Ultrasound Imaging and Video, published by IET, UK, 2018 and of the edited volumes M-Health: Emerging Mobile Health Systems (considered to be the first published book on mHealth), and Ultrasound and Carotid Bifurcation Atherosclerosis, published in 2006 and 2012 by Springer. He is Guest Co-Editor of the Special Issues of the Frontiers Digital Health on Connected Health and of the IEEE Journal of Biomedical and Health Informatics (J-BHI) on Integrated Precision Medicine Informatics (2019) and on Computational Solutions to Large-Scale Data Management and Analysis in Translational and Personalized Medicine (2014). He was also Guest Co-Editor of the Special Issues of the IEEE Trans. on Information Technology in Biomedicine on Emerging Technologies in Biomedicine (2009), Computational Intelligence in Medical Systems (2009), Citizen Centered eHealth Systems in a Global Health-care Environment (2011), and Atherosclerotic Cardiovascular Health Informatics (2012).  Moreover, he served as Distinguished Lecturer (2013-2014), and currently serves as member of the Technical Committee on Biomedical and Health Informatics of the IEEE EMBS, an Associate Editor and Member of the Steering Committee of the IEEE J-BHI and Specialty Section Editor of Connected Health of Frontiers Digital Health.  He is/was General Co-Chair of IEEE International Conference on Biomedical and Health Informatics BHI2021 and CAIP 2021, Program Co-chair of the IEEE BHI2019 and BHI2018, IEEE Computer-Based Medical Systems (CBMS2017), General Co-chair of the IEEE 4th Middle East Conference on Biomedical Engineering (MECBME 2018), IEEE International Conferences on Information Technology Applications in Biomedicine (ITAB 2009), Bioinformatics and Bioengineering (BIBE 2012), and 13th Medical and Biological Engineering and Computing (Medicon 2016). He is a Fellow of IEEE, IET, International Academy of Medical and Biomedical Engineering (IAMBE) and European Alliance for Medical & Biological Engineering & Science (EAMBES).